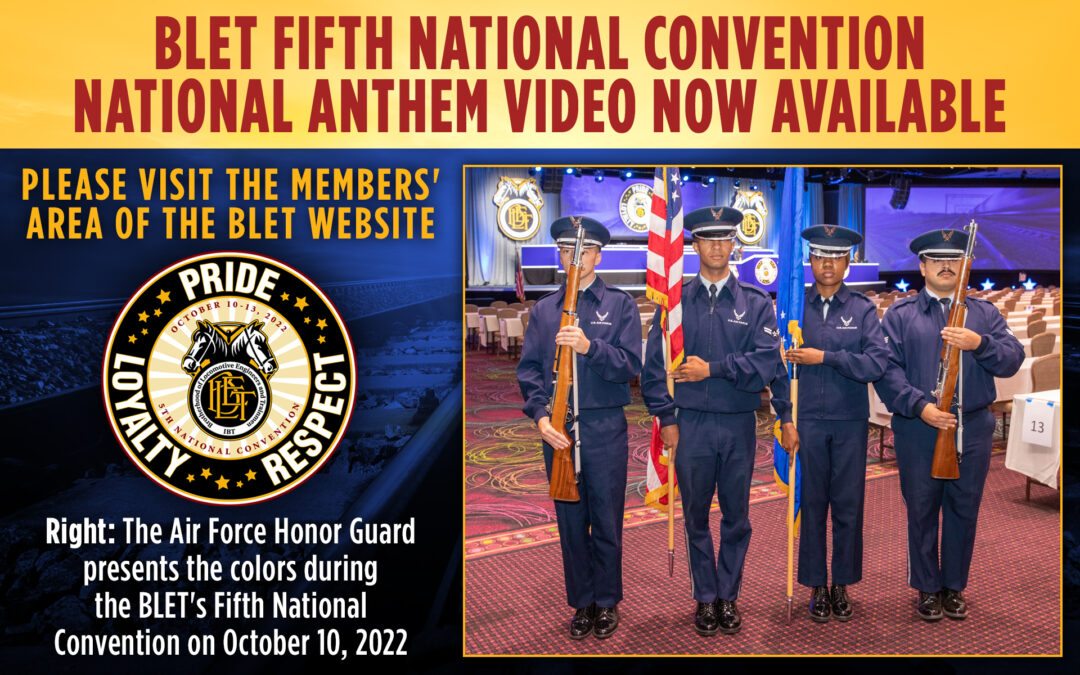 INDEPENDENCE, Ohio, November 3 — A copy of the Star-Spangled Banner video that played each morning during the BLET’s Fifth National Convention in Last Vegas last month is now available for viewing in the members’ area of the BLET website.

The video features images of BLET members, railroad photography and videos (some provided by BLET members), as well as military and patriotic themes throughout. The video was played prior to each morning’s session during the Fifth National Convention, October 10-14, 2022. The video is being made available due to overwhelmingly positive feedback and the high number of requests from the delegates.

The video did generate some controversy, however, which BLET National President Dennis R. Pierce addressed during the convention on October 13.

“Before we begin our next order of business, I just want to take a point of personal privilege,” President Pierce said. “It’s been reported that the socialists have complained about the content of our national anthem video, that we supported the military too much. And I’m here to tell you that I’m not going to apologize to anybody for doing exactly that.”

He received a standing ovation from delegates for his remarks.

In addition to the video, the BLET recognized and honored military veterans during the morning session of the Fifth National Convention on October 10. President Pierce asked all delegates who were veterans, or had family members serving in the Armed Forces, to rise for a round of applause to thank them for their service. Additionally, in a moving tribute to our nation’s veterans, the Air Force Honor Guard presented the colors on the morning of October 10, the first day of the convention.