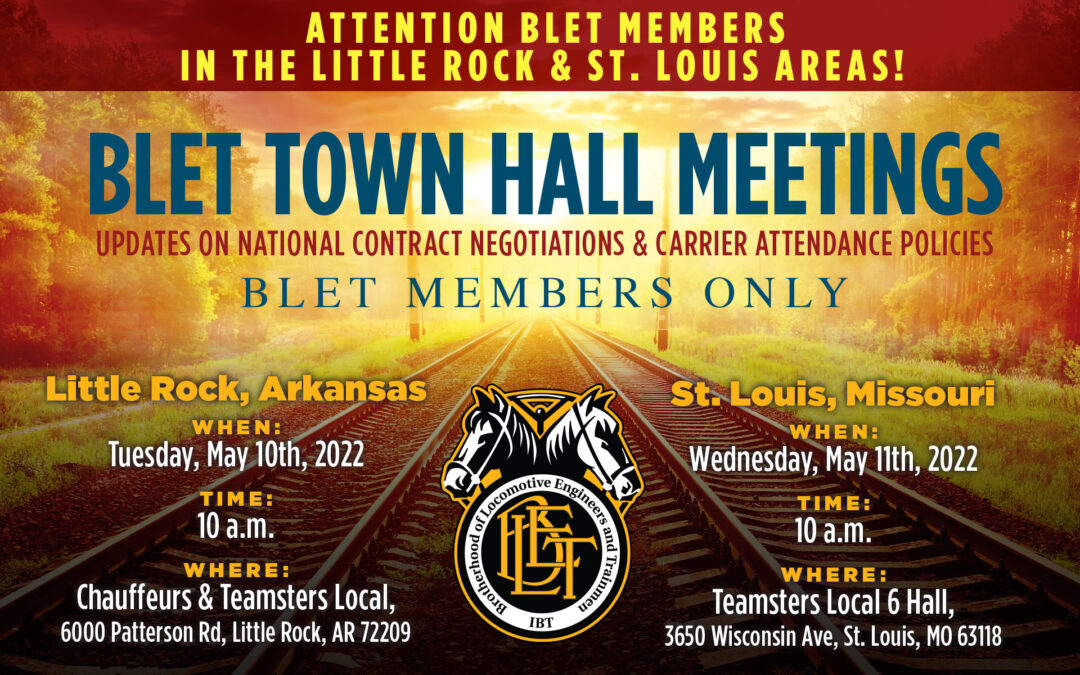 INDEPENDENCE, Ohio, May 9 — The BLET will be hosting two Town Hall meetings this week — one in Missouri and one in Arkansas — and all BLET members in the area are encouraged to attend. Coordinating and co-hosting the meetings are the BLET’s Union Pacific-Central Region General Committee of Adjustment, the Arkansas State Legislative Board and the Missouri State Legislative Board.

The Town Hall meetings will update members on national contract negotiations and will address the BLET’s ongoing fight against carrier attendance policies. The meetings will include question-and-answer sessions with the speakers.

You must be a BLET member to attend. Download a flyer for more information.