BLET to mark 159th anniversary on May 8 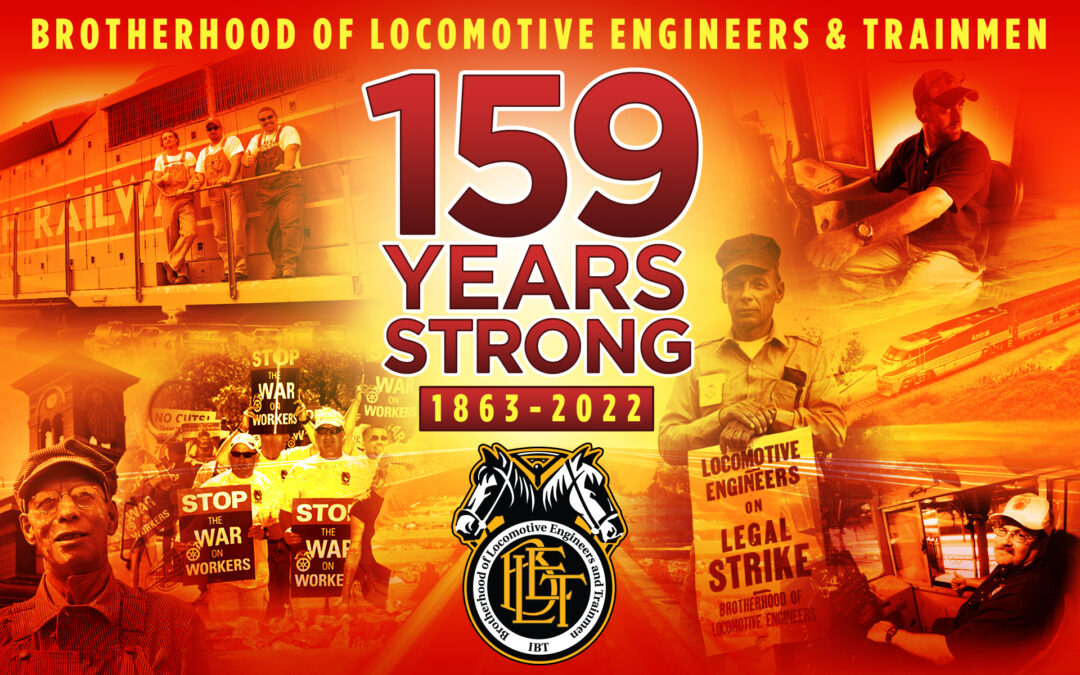 In the three decades before the founding of the BLET, locomotive engineers suffered abominable working conditions. The 24-hour workday was commonplace. Railroad magnates ran roughshod over employees. Strikes were mercilessly crushed.

In April 1863, William D. Robinson, a Michigan Central locomotive engineer, brought 19 men of the craft together at his home in Marshall, Mich., and inspired them to found the Organization, which survives today. A monument marking the event still stands in Marshall.

At a meeting in Detroit the following month, a dozen men agreed to tie their destinies together. They cemented a common bond on May 8, 1863, electing Robinson as their Grand Chief Engineer (president), and naming the group the Brotherhood of the Footboard. By August 1863, 10 Divisions had been established — Detroit and Marshall, Mich.; Michigan City, Ind.; Adrian, Mich.; Norwalk, Ohio; two in Chicago, Ill.; Lafayette, Ind.; Crestline, Ohio; and La Porte, Ind. The name Brotherhood of Locomotive Engineers (BLE) was adopted at the first national convention held in Indianapolis in August 1864.

The Brotherhood has always been proud to support America’s soldiers and their families. Born in the midst of the Civil War, our union’s membership has been comprised of veterans of every major military conflict since, up to and including the conflicts in Iraq and Afghanistan. With BLET members at the throttle, U.S. railroads carried 90 percent of all military freight and 97 percent of all military passenger movements during World War II.

The Railroad Retirement and Railroad Unemployment Insurance Acts, which became effective in 1937, are railroad industry’s counterparts to the Social Security system and the various state unemployment systems. They represent another instance of social progress in which the BLET played a pivotal part.

Heightened workplace safety and greater safety for the shipping and traveling public have also been important BLET goals. Legislative activities by the BLET and other rail unions have resulted in the Locomotive Inspection Act and statutes requiring the use of air brakes, automatic couplers, electric headlights, power-reverse gears and other technological improvements.

BLET’s current National President is Dennis R. Pierce, the 23rd principal officer in the BLET’s long history. He has held the post since July 1, 2010. The BLET is the founding member of the Teamsters Rail Conference and represents nearly 54,000 active and retired locomotive engineers and trainmen throughout the United States.