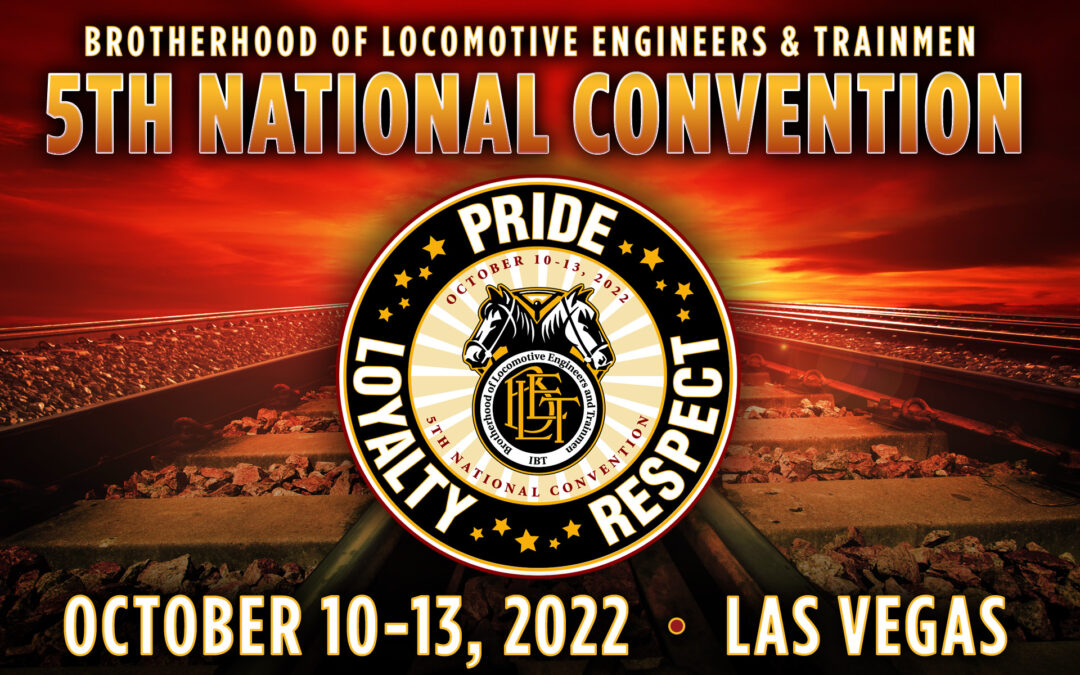 INDEPENDENCE, Ohio, April 18 — As all Local Divisions, General Committees and State Legislative Boards were advised on January 4, 2022, the BLET’s Fifth National Convention will convene in Las Vegas, Nevada, from October 10-13, 2022.

The BLET’s national conventions are held quadrennially, or once every four years. Approximately 475 delegates will represent more than 33,000 active locomotive engineers and trainmen throughout the United States. They will be charged with evaluating and voting on changes to the Brotherhood’s Bylaws. Several invited dignitaries will address the delegates in session as part of the convention proceedings. Delegates will also hear reports from various BLET officers.

Pursuant to National Division Rules – Section 20(g) of the BLET Bylaws, the list of delegates to the upcoming National Convention was published in the Locomotive Engineers & Trainmen News (the January-March 2022 issue).

Updates and related information will be available on the BLET’s National Convention website, https://bletconvention.org.