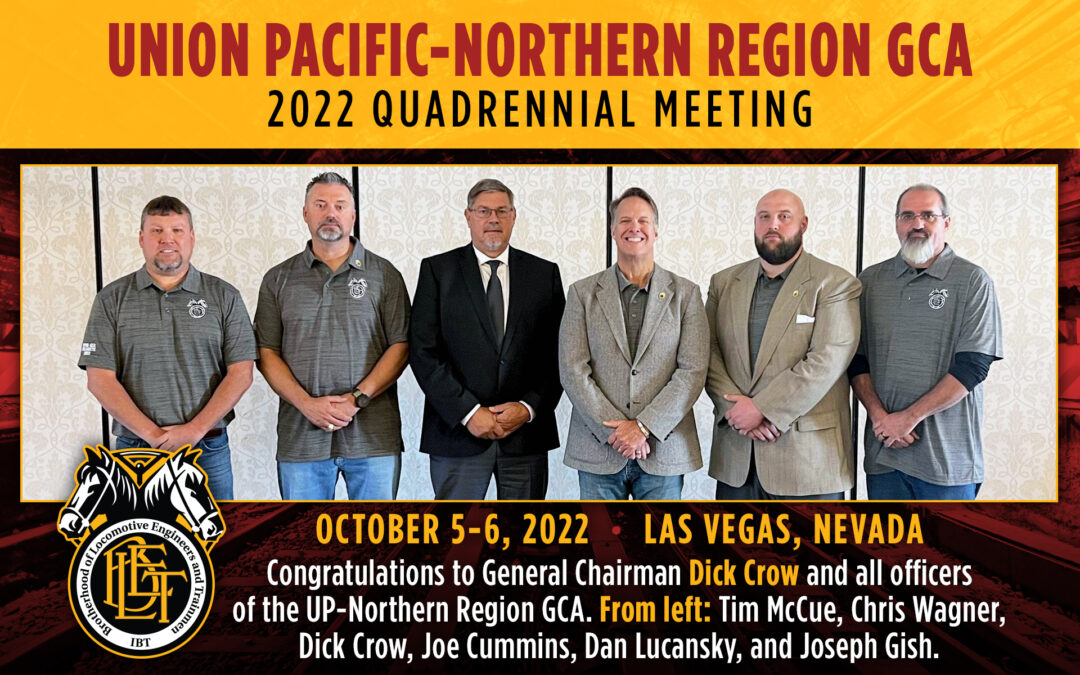 Brother Crow is a Union Pacific locomotive engineer and member of BLET Division 404 (Chicago, Ill.). He began his railroad career in 1996, when he hired out as a trainman with the Union Pacific in Chicago, earning promotion to locomotive engineer in June of 1999. He has held continuous membership in Division 404 since June 1, 1999. He was elected to the office of 2nd Vice Chairman at the GCA’s quadrennial meeting in 2010, and was elevated to the office of General Chairman in December of 2012 following the retirements of long-serving General Chairman Bruce MacArthur and 1st Vice Chairman Mike Elsberry. Brother Crow was elected to his first full term of office in 2014 and reelected in 2018. He has also served the BLET National Division as a Trustee since 2018.

“I appreciate the hard work of Brother Crow and all officers of the UP-Northern Region General Committee of Adjustment,” President Pierce said. “I am proud to congratulate these Brothers and I am confident they will continue to do an excellent job representing their members.”