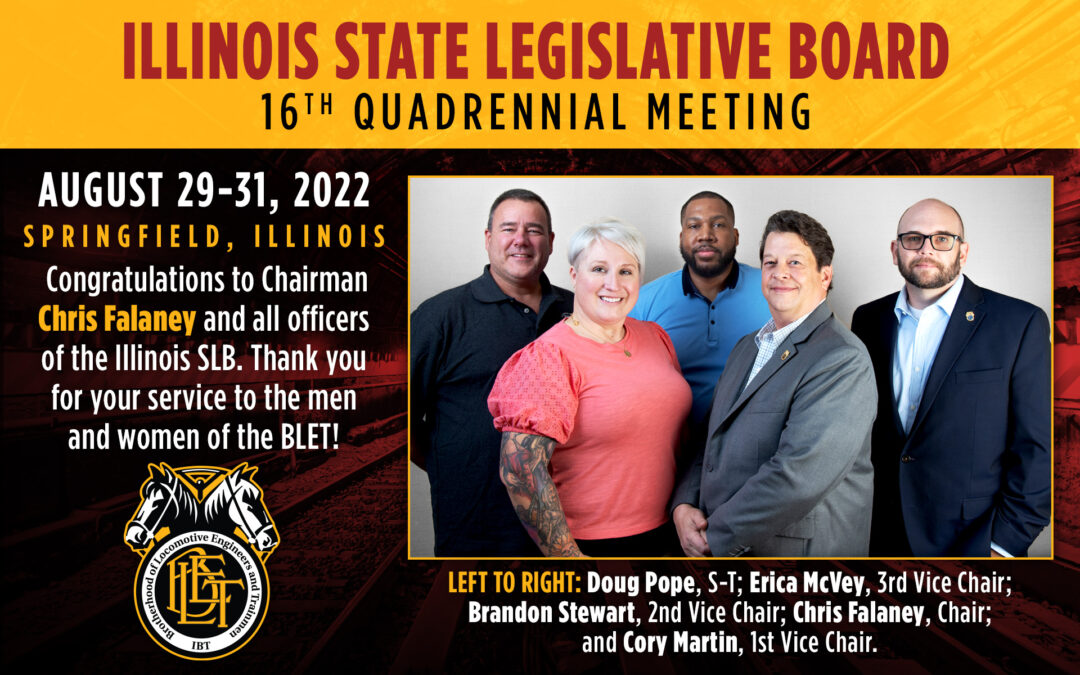 Brother Falaney hired out in 1994 with the Chicago & Northwestern, which was bought out by the Union Pacific in 1995. He became engineer qualified in 1995, then promoted to fully set up engineer in 1997. He joined the BLET as a member of Division 683 in 1999. Brother Falaney has served as part of the Illinois SLB Executive Committee since 2014. He was elevated to the office of Chairman of the Illinois SLB in February 2020 following the retirement of long-serving Chairman Paul S. Piekarski.

“I congratulate Brother Falaney and all officers of the Illinois State Legislative Board,” President Pierce said. “I also thank these hard-working officers for their dedication to the Brotherhood and our members. I know they will do an excellent job representing our Brothers and Sisters in the proud state of Illinois.

Brother Falaney has served the BLET in various roles since joining the union in 1999. He has served Division 683 as Vice President and Legislative Representative and as Safety Coordinator for Union Pacific’s Chicago Freight Terminal District for three years.

The Illinois State Legislative Board represents approximately 2,000 active members in 38 different BLET divisions. All seven Class I railroads operate within the state, and approximately 25% of the nation’s freight passes through Illinois. It is also home to Metra, the nation’s second-largest commuter rail system.