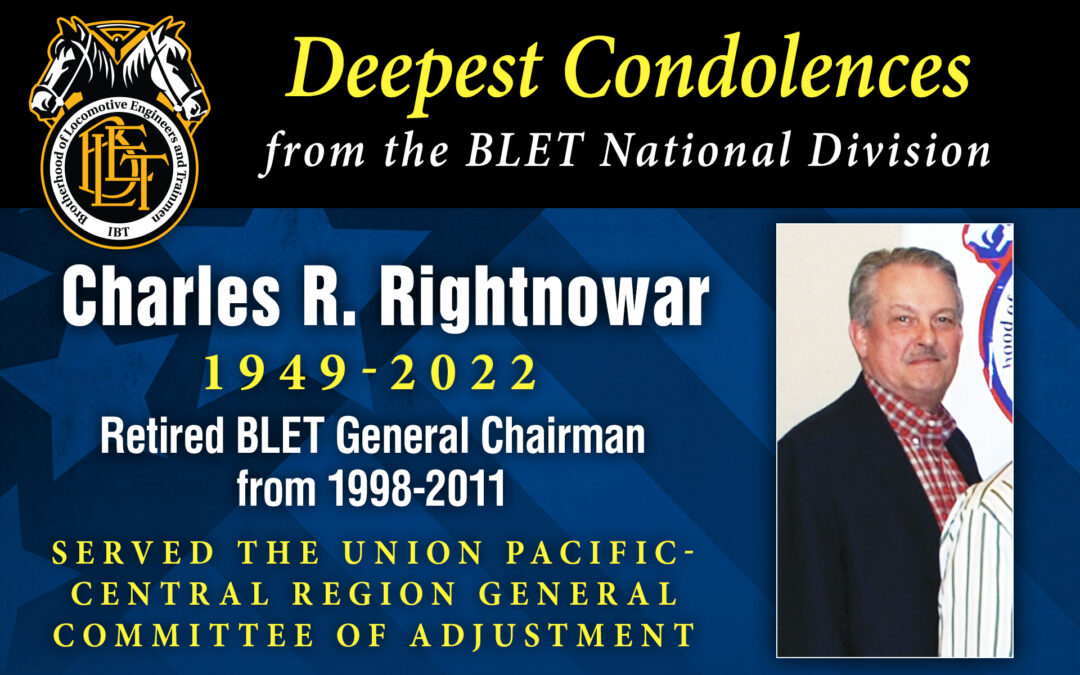 Brother Rightnowar proudly served his country in the United States Army during the Vietnam Era. In 1974, he hired out on the Missouri Pacific (MoPac)/C&EI Railroad, which later merged with the Union Pacific. He held continuous membership in the BLET for more than 48 years, having joined the Brotherhood as a member of Division 724 in Salem, Illinois, on July 1, 1974.

Brother Rightnowar represented his members well when he served as Local Chairman and General Chairman. He fought and won many battles for his members against the Union Pacific Railroad.

In addition to his parents, Charles was preceded in death by his sister, Millie Lynn; brothers, James, Larry, Gary, and Tom Rightnowar; father-in-law, Ben Flerlage; and beloved dog, Cletus.

Brother Rightnowar’s family said he enjoyed telling bad jokes, never met a stranger, and loved his dogs and children. He was a loving husband, father, and grandfather. And he will be greatly missed.

“Brother Charlie Rightnowar was an excellent union officer who was highly regarded throughout our Brotherhood, especially by the members he represented,” BLET National President Dennis R. Pierce said. “His dedication made our Brotherhood a stronger and better union. On behalf of all members of the BLET, I extend deepest condolences to the family and friends of Brother Rightnowar.”