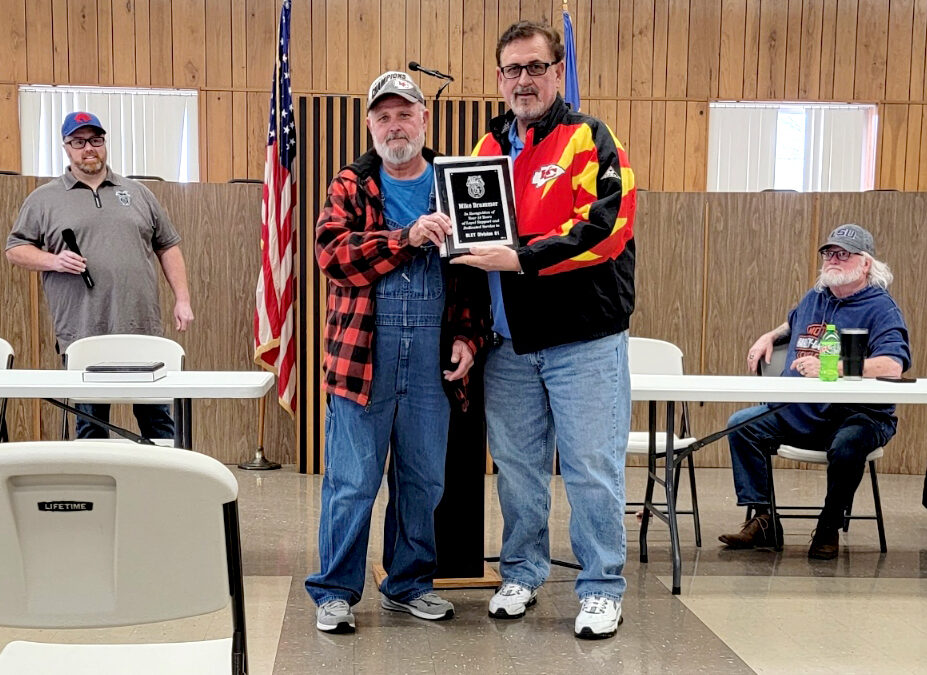 KANSAS CITY, Mo., January 13 — New Officers of the BLET National Division attended their first meeting with members on January 11, fulfilling President Eddie Hall’s commitment to engage more with the membership. He was joined by Vice President Rick Gibbons and Vice President Gary Best, a new member of the Advisory Board and recently assigned to the Union Pacific. Eddie presented plaques to Brothers Mike L. Brammer and Mark A. Fisher, long-time members of Division 81.

The event was attended by approximately 50 members and several officers from multiple General Committees of Adjustment of the Union Pacific. The main topic of discussion centered around the 11/4 project that is currently underway between Kansas City and Coffeyville. After the meeting, all the General Chairmen representing members on the Union Pacific met with the Carrier to continue the BLET’s efforts to provide scheduled off days across the system.

Eddie stated: “I enjoyed being with the members, shaking hands, and getting feedback. I saw firsthand the eagerness that all the officers had to engage with our members. It was refreshing and I look forward to attending these type of events throughout the year.” 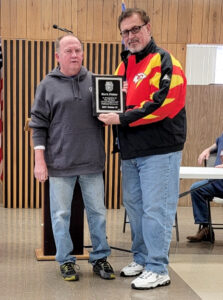