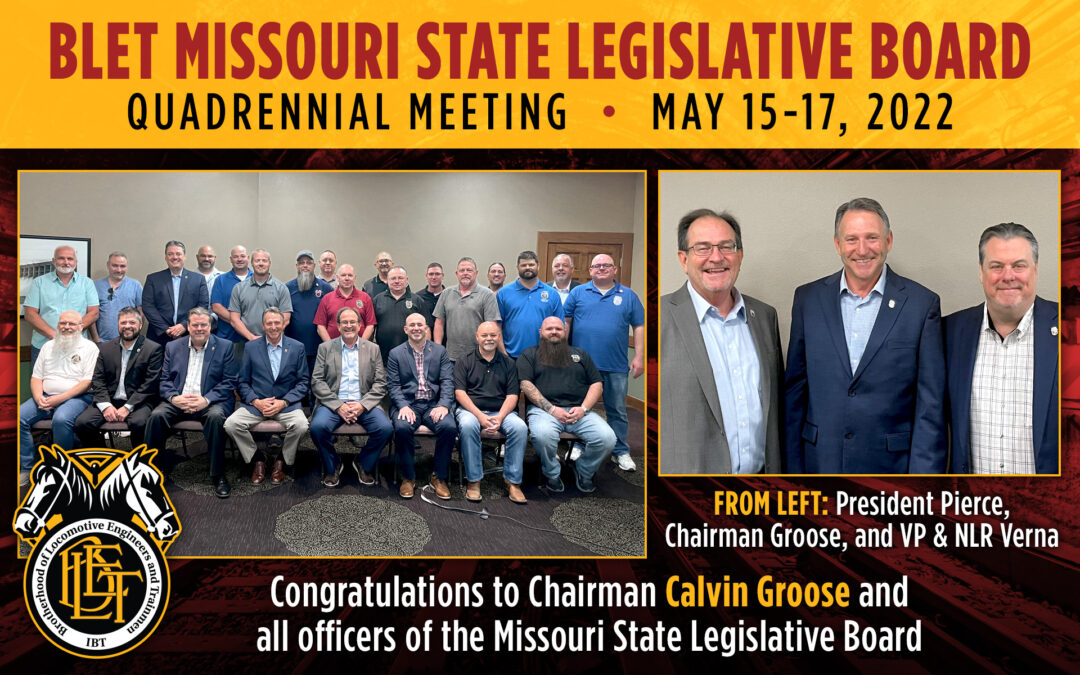 INDEPENDENCE, Ohio, June 7 — Calvin L. Groose was reelected by acclamation to his second term as Chairman of the Missouri State Legislative Board at its quadrennial meeting in Lake of the Ozarks, Missouri, May 15-17, 2022.

Brother Groose is a Union Pacific locomotive engineer and member of BLET Division 609 in Jefferson City, Mo. He has held continuous membership in the Brotherhood since January 1, 2000. Brother Groose was first elected Chairman at the Board’s 2018 quadrennial meeting, and prior to that was elected to serve on the Board’s Executive Committee in 2010 and 2014.

“I congratulate Brother Calvin Groose and all officers of the Missouri State Legislative Board,” President Pierce said. “I also thank them for their dedicated service to the BLET and all union members in the hard-working state of Missouri.”

Brother Groose hired out with the Missouri Pacific Railroad as a brakeman in 1980 in Osawatomie, Kansas. He worked several locations around the Kansas City District before landing back home near Jefferson City, Missouri. He entered engine service in 1995 with the Union Pacific in Jefferson City, where he has spent the remainder of his railroad career.

The Missouri State Legislative Board represents more than 2,100 active and retired BLET members in 21 different Divisions.