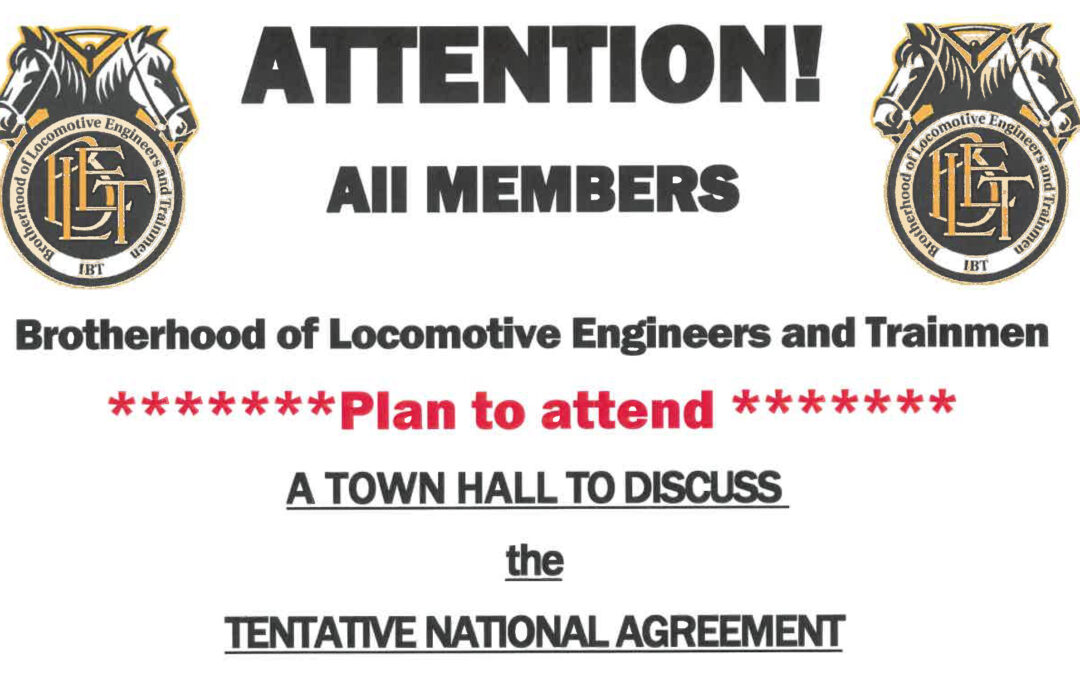 INDEPENDENCE, Ohio, October 20 — The BLET’s Union Pacific and Burlington Northern Santa Fe General Committees of Adjustment are hosting four Town Hall meetings in Missouri and Nebraska open to BLET members from all involved railroads next week regarding the tentative national agreement. BLET National President Dennis Pierce will be a guest speaker at all four meetings and will discuss the tentative agreement and answer questions from the membership.

The dates and locations of the meetings are as follows:

Flyers for these events are available on the BLET National Division website (PDF).