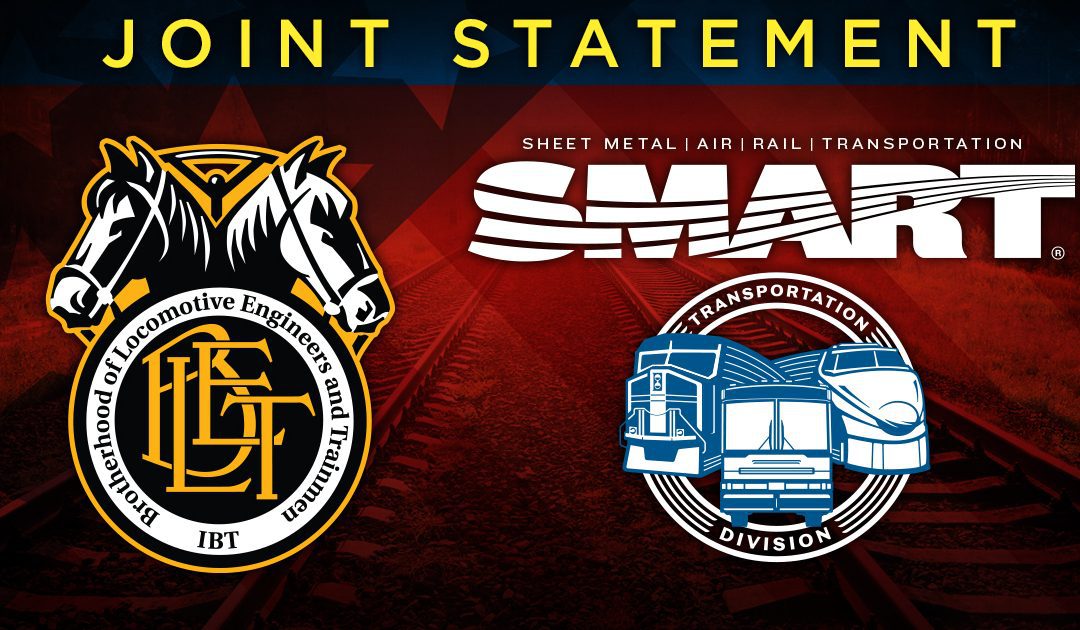 CLEVELAND, November 23, 2021 — The Brotherhood of Locomotive Engineers and Trainmen (BLET) and the Transportation Division of the International Association of Sheet Metal, Air, Rail, and Transportation Workers (SMART-TD) are challenging Amtrak over its actions in implementing its COVID-19 vaccine policy without the bargaining mandated by the Railway Labor Act. The unions filed suit today against the nation’s passenger railroad in the United States District Court for the Northern District of Illinois, Eastern Division.

The suit is similar to claims filed by the BLET and SMART-TD against Union Pacific (UP) and Norfolk Southern (NS) and the BNSF Railway (BNSF) regarding their vaccine policies. The unions have taken the position that Amtrak has no authority to unilaterally implement and enforce a COVID vaccination mandate among its employees, and that its actions in failing to negotiate terms of implementation violate the status quo requirement of the Railway Labor Act, thus engendering a major dispute.

“Amtrak has ordered all employees to submit proof prior to December 8, 2021, that they have received at least one vaccine shot, and submit proof by January 4, 2022, that they have received their final vaccine shot, or they will be subject to termination of employment. Amtrak is directly dealing with its employees instead of negotiating with us over its unilateral mandate.

“We have several objections to Amtrak’s unilateral implementation of its policies mandating them and illegally dealing directly with its represented employees. We will continue to fight on behalf of all BLET and SMART–TD members in an effort to stop Amtrak’s lawlessness in its tracks.”