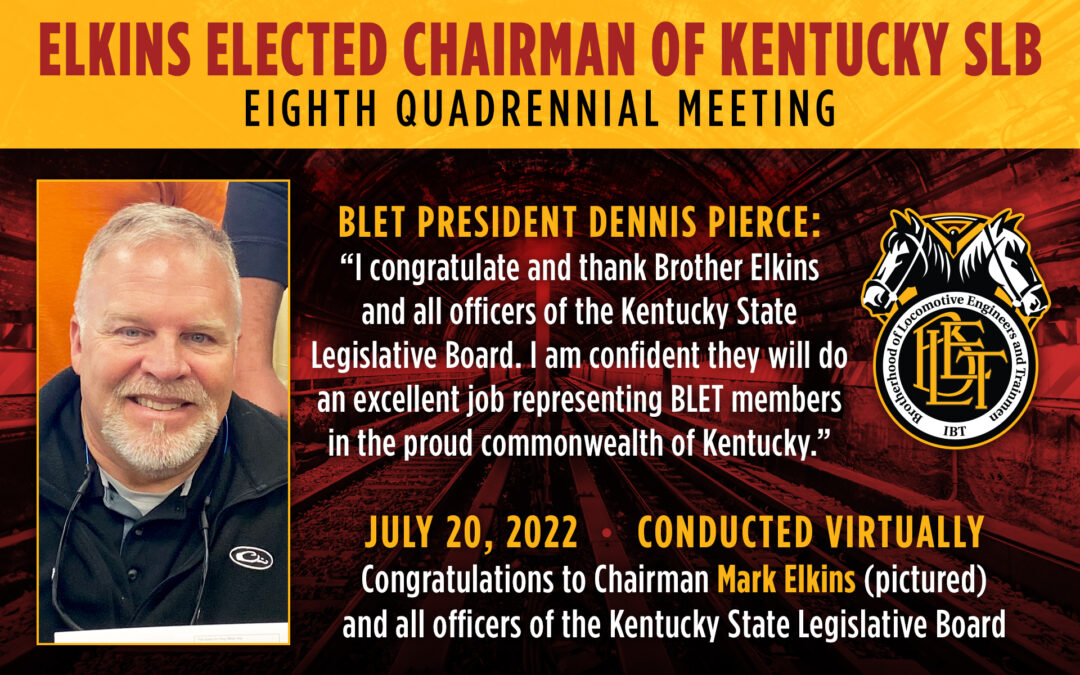 INDEPENDENCE, Ohio, October 3 — Mark Elkins of BLET Division 271 (Russell, Ky.) was elected by acclamation as the new Chairman of the Kentucky State Legislative Board at the Board’s Eighth Quadrennial Meeting on July 20, 2022.

A CSX locomotive engineer, Brother Elkins joined the BLET on April 1, 1998. He hired out with CSX in March 1996, working out of Russell, Ky. He earned promotion to locomotive engineer in September of 1997. He began serving the Kentucky SLB in 2018 when he was elected to the Audit Committee. Brother Elkins also served as President and Vice President of Division 271 earlier in his career. Also, Brother Elkins currently serves the Brotherhood as Local Chairman and Legislative Representative of Division 271.

“I congratulate and thank Brother Elkins and all officers of the Kentucky State Legislative Board,” President Pierce said. “I am confident they will do an excellent job representing BLET members in the proud commonwealth of Kentucky.”