In the Line of Duty: Keith W. Bass 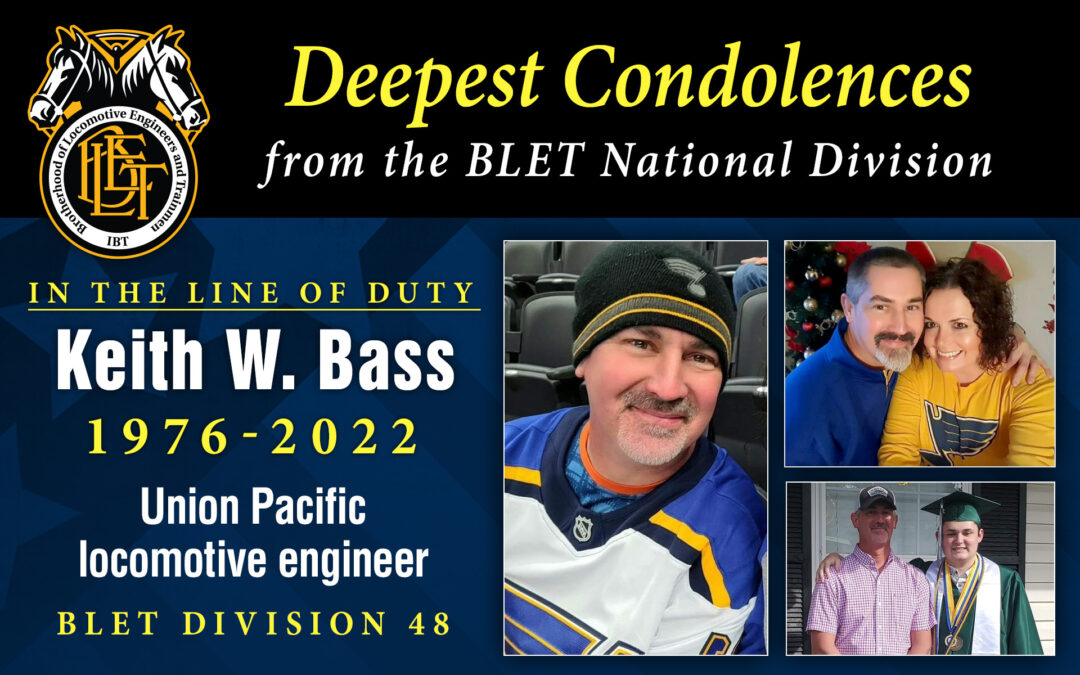 INDEPENDENCE, Ohio, July 29 — Brother Keith W. Bass, a member of BLET Division 48 in St. Louis, Missouri, died on July 27 from injuries sustained in a crew van accident on July 26. He was 46 years old.

Brother Bass and SMART-TD Members Matt Nichols and Zach Brannon were being transported back to Dupo, Illinois from Washington, Missouri, when the accident happened after 9 p.m. on July 26. Brother Bass passed away at around 7 a.m. the following morning from his injuries. Brothers Nichols and Brannon are recovering.

Brother Bass was a veteran of the United States Navy. He was an active and involved BLET member, and was a participant in the BLET’s recent Town Hall meeting in St. Louis on May 11. Brother Bass is survived by his wife Amber and two children — Keeton, a college sophomore, and Delaney, a high school junior. Amber shared that Keith always had a smile on his face, always had a joke ready, and always had a story to share.

BLET National President Dennis R. Pierce said: “Brother Keith Bass was a dedicated and professional locomotive engineer who will be missed by all who knew him. On behalf of all men and women of the BLET, I extend our deepest condolences to the family and friends of Brother Bass.”