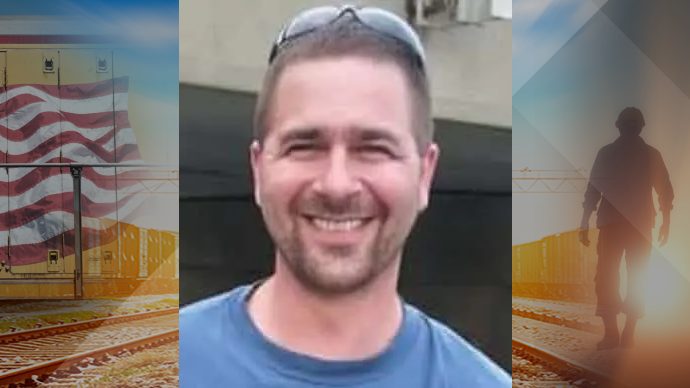 Brother Larry G. Thomas, a member of Division 292 in Beach City, Ohio, was killed in a yard switching accident on November 6, 2016. He was 37 years old.

An employee of the Wheeling & Lake Erie Railroad (WLE), Brother Thomas hired out as a trainman in October of 2012 and earned promotion to locomotive engineer a short time later. He joined the Brotherhood effective February 1, 2013. According to media reports, Brother Thomas was operating a locomotive by remote control at the WLE yard in Brewster, Ohio, at the time of his death.

A veteran of the United States Army, Brother Thomas was an avid motorcycle and car enthusiast. He is survived by his wife Stephanie and three children: Tyler, 9, William, 6, and Alexis, 5. He is also survived by his mother, Darlene; a sister, Tabatha; two nieces; several in-laws; and numerous friends and coworkers in his extended railroad family.