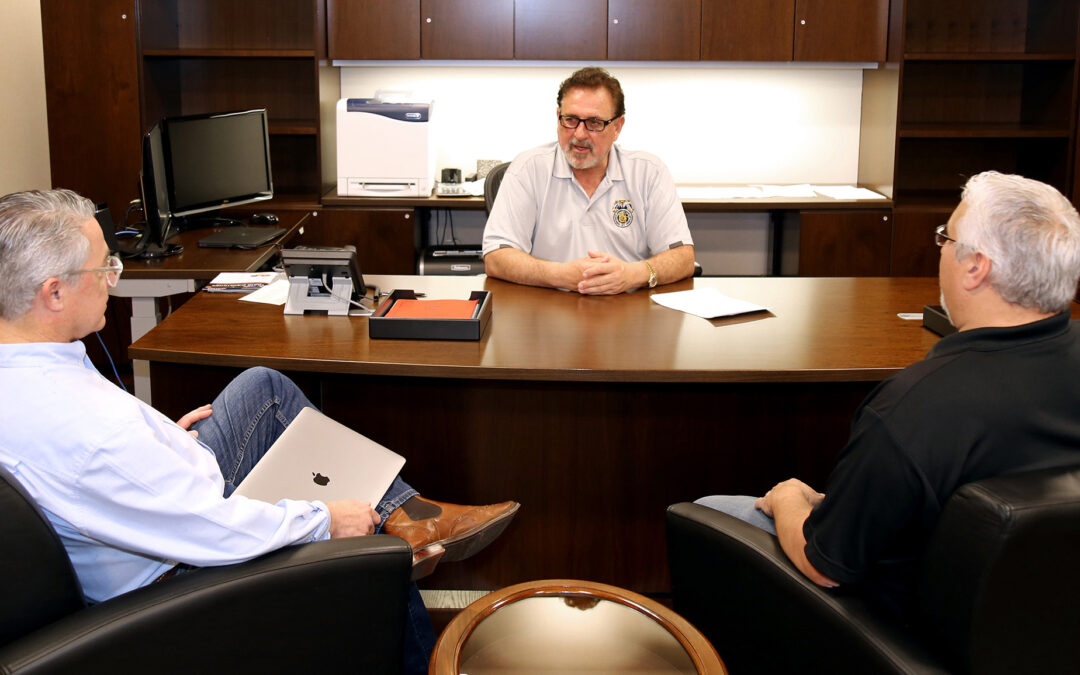 INDEPENDENCE, Ohio, January 10 — This is truly a new year for the Brotherhood of Locomotive Engineers and Trainmen. On January 1, a new team of officers took the oath of office and the union embarked on a new era.

Edward A. Hall, the union’s new National President, is joined by new First Vice President Mark L. Wallace, and new National Secretary-Treasurer David P. Estes on the BLET’s Executive Committee. As recently as December, both Hall and Estes were operating locomotives, Hall at Union Pacific in Arizona and Estes at Amtrak in the Pacific Northwest. Last week, the three executive board members, BLET’s highest ranking officers, rolled up their shirt sleeves and began working as a team at the union’s headquarters in Ohio.

“We’re excited about what we can do together to build a better union,” said Hall. “We have new blood, a lot of energy and a deep bench.”

In addition to three new Executive Committee members, eight members of the union’s Advisory Board, a board majority, are newly-elected. The board is composed of the 14 highest-ranking elected officers in BLET and serves as the union’s chief policy-making body between conventions.

“We don’t want to just talk to members or talk at them, we want to listen. The members of this union are in the driver’s seat,” said Hall.  “I’m planning to spend much of this year traveling the country to railyards and union halls to meet with members and hear their thoughts on how this union can better serve them and what we can do to make their jobs better.” 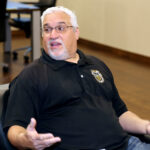 Wallace, who served as a National Vice President before becoming First Vice President in the union’s 2022 election of officers, said that it will be “pedal to the metal” on the critical issues affecting engineers and trainmen who work in freight rail. “We have a year before we’re back at the table to negotiate a new national freight rail agreement, but we will be pushing for changes in scheduling and other policies this year to improve the quality of life for our members.”

The union also will be increasing its focus on passenger and commuter rail. “Amtrak in the Infrastructure Bill: $66 Billion in New Funding…” has been a typical newspaper headline over the past two years. Stories about commuter rail expansion and new funding also are widespread. However little attention has been devoted to the people that keep passenger trains running. 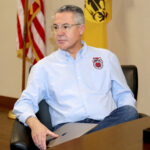 “Amtrak continues to struggle with daily operations across the country and our members there are losing patience,” said Estes. “We’re also seeing our members at New Jersey Transit going without a new agreement, and the agency’s contract offer is below the rate of inflation and beneath industry standards. Additionally, commuter and regional rail systems like SEPTA are having a hard time functioning because of a shortage of engineers due to low wages. This is not acceptable.”

Biographical information on Executive Committee and Advisory Board members is available on the BLET website at https://ble-t.org/officers/.

The 2023-27 BLET National Division Advisory Board: