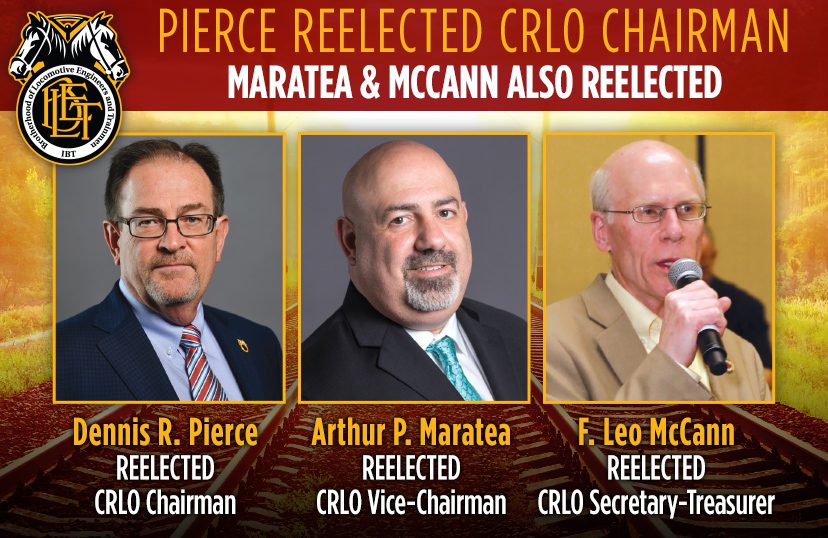 BLET National President Dennis R. Pierce was reelected by acclamation as Chairman of the Cooperating Railway Labor Organizations (CRLO) during October 28’s CRLO business meeting. The CRLO is a group of 12 Rail Labor unions that sit together to oversee the collectively bargained health and welfare benefits contained within the National Agreements, on behalf of railroad members.

TCU/IAM National President Arthur P. Maratea and American Train Dispatchers Association (ATDA) President F. Leo McCann also were reelected by acclamation to serve the CRLO as Vice-Chairman and Secretary-Treasurer, respectively. “I am proud to continue working alongside Brothers Maratea and McCann, as well as all other members of the CRLO. I will do my utmost to preserve, protect and expand the health care benefits enjoyed by railroad workers,” President Pierce said.