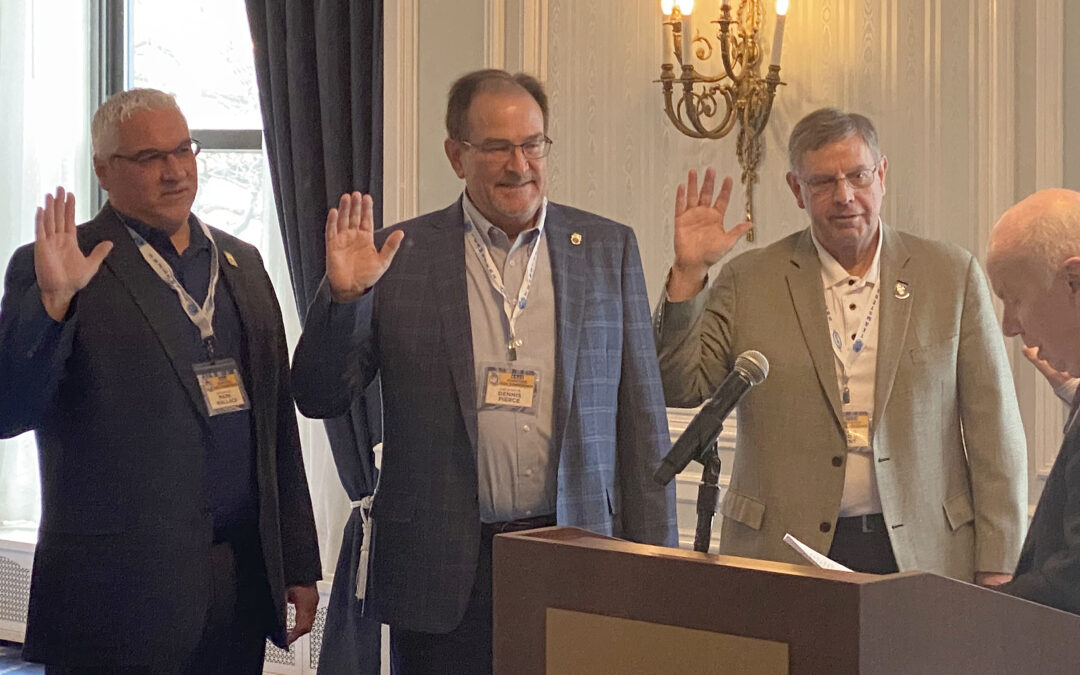 INDEPENDENCE, Ohio, March 17 — BLET National President Dennis R. Pierce was reelected by acclamation to his fourth term as President of the Teamsters Rail Conference at the Rail Conference’s Fifth Quadrennial Convention in Chicago on March 17, 2022.

BLET National Vice President Mark L. Wallace was elected by acclamation to his first term of office as Vice President of the Rail Conference, and Brotherhood of Maintenance of Way Employees Division (“BMWED”) National Division Secretary-Treasurer David D. Joynt was reelected by acclamation to his second term as Rail Conference Secretary-Treasurer.

“Brother Joynt and I are honored to continue serving the Teamsters Rail Conference, and I am pleased to welcome Brother Wallace to the team,” President Pierce said. “We look forwarding to advancing the causes of rail workers represented by the BLET and BMWED.”

Two years ago, President Hoffa announced that he would be retiring at the end of his current term, which ends March 22, 2022. President Hoffa addressed the Rail Conference delegates and extended best wishes for a successful outcome to the current round of national contract negotiations.

Vice President Murphy also addressed the delegates and announced that he will be stepping down after more than 17 years of service as Rail Conference Director. Murphy addressed the delegates and highlighted many of the Rail Conference’s leading accomplishments over the past 17 years. Murphy also conducted the swearing-in of Brothers Pierce, Wallace and Joynt following the election.

The Teamsters Rail Conference represents more than 70,000 rail employees in the United States who work as locomotive engineers, trainmen and maintenance of way workers on the five major freight railroads, Amtrak and numerous commuter rail systems and short lines. The Conference was formed in early 2004 after the merger with the Brotherhood of Locomotive Engineers and added to in 2005 when the Brotherhood of Maintenance of Way Employees also merged with the Teamsters.