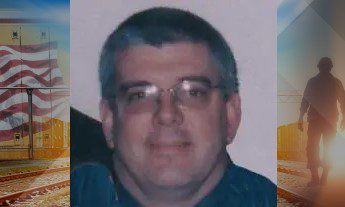 Stanley L. Watts, Secretary-Treasurer of BLET Division 354 (Kankakee, Ill.), was killed in the line of duty on February 8, 2011, following a switching accident at a Norfolk Southern yard in Kankakee, Ill.

Brother Watts, 43, has been a member of the BLET since February 1, 2006. He was a Norfolk Southern locomotive engineer who was set back working as a conductor at the time of the accident. He is survived by his wife Sara and sons Zachary and Andrew.

He was working as part of a conventional switching crew consisting of an engineer, conductor and conductor-in-training, and had gone on duty at 6:00 a.m.

Brother Watts was born Jan. 1, 1968, in Chicago. He was a veteran of the U.S. Army, serving from 1986-1990. He coached youth football and was active with his sons’ sports. He enjoyed camping and was an avid Bears fan. He loved spending time with his family.