Editor’s Note: The following is a press release from Greg Regan, President of the Transportation Trades Department (TTD) regarding President Biden’s appointment of a Presidential Emergency Board to investigate the national rail contract dispute.

WASHINGTON – Greg Regan, President of the Transportation Trades Department (TTD) of the AFL-CIO, released the following statement in response to President Joe Biden’s Executive Order establishing a Presidential Emergency Board (PEB), which will delay any freight rail work stoppage or strike for 60 days upon taking effect Monday, July 18th. TTD is the nation’s largest transportation labor federation and represents 37 labor unions, including the 13 rail worker unions involved in the ongoing national contract negotiations: 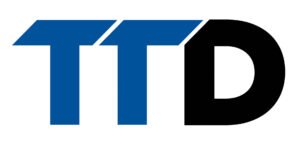 “We commend President Biden for announcing a board of neutral arbitrators to investigate and report its findings and recommendations to help both parties work toward a resolution.

“After nearly three years of bad faith negotiations by the railroads, it is sad but not surprising that we arrived at this point in the bargaining process governed by the Railway Labor Act.

“The reality is that these frontline workers are pandemic heroes who move essential cargo and goods through the supply chain, yet they have not received a pay raise in three years and are risking their personal health and safety every day on the job.

“The time has come for the nation’s railroads to be held accountable for their actions, and reconcile the long-term effects of their greed. The seven Class I railroads have raked in $146 billion in profits since 2015 while cutting 45,000 jobs in the same period.

“Quite simply, the facts are on our side and we look forward to the forthcoming recommendations of the presidentially-appointed arbitrators.”

“In a joint statement in response to the Executive Order, the 13 rail unions stated: ‘The Rail Unions remain united in their efforts, and are now working together in preparation of a unified case representing the best interests of all rail employees before the Presidential Emergency Board. Our unified case will clearly show that the Unions’ proposals are supported by current economic data and are more than warranted when compared to our memberships’ contribution to the record profits of the rail carriers.““

Upon the formation of the Presidential Emergency Board (PEB), the Railway Labor Act (RLA) imposes a 30-day status quo period during which the Board will receive written submissions and hold hearings, and the parties are not permitted to exercise self-help. The Board would be required to issue its report within 30 days of its appointment. Once the Board issues its report, the RLA mandates another 30-day cooling off period as the unions and the carriers attempt to negotiate an agreement based on the PEB’s recommendations. If no agreement is reached at the end of that last 30-day period, then all restrictions on self-help are removed. Therefore, under the RLA, if a PEB is created and no agreement is reached based on its recommendations, the parties could exercise self-help in mid-September. Congress could take action at this point and mandate the Board’s recommendations or extend the cooling-off period.

Collectively, these Unions represent approximately 140,000 railroad workers covered by the various organizations’ national agreements, and comprise 100% of the workforce who will be impacted by this round of negotiations.