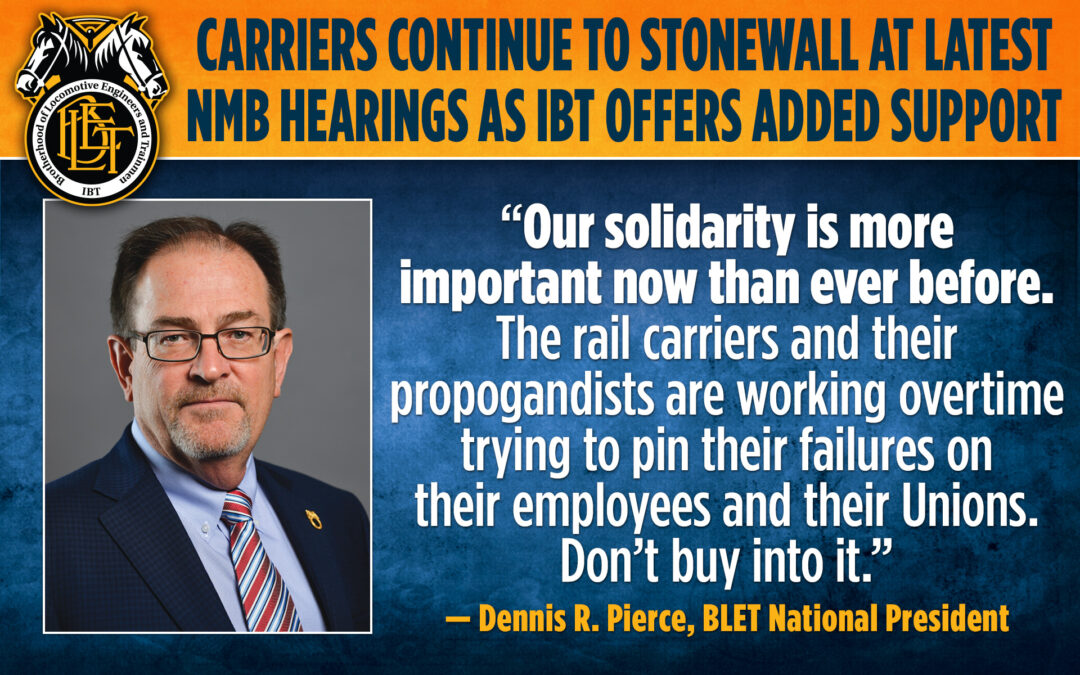 INDEPENDENCE, Ohio, July 15 — On Tuesday, July 12, 2022, BLET National President Dennis R. Pierce traveled to Washington D.C. to represent the membership of the Brotherhood of Locomotive Engineers and Trainmen at the Public Interest Hearings held by the National Mediation Board (NMB) in a final attempt to assist the involved Rail Unions and Carriers in reaching a contract settlement.

“The NMB members and staff deserve our thanks for their sincere efforts to bring a voluntary settlement to our negotiations,” said Pierce. “It was clear early on in this final meeting that the rail carriers still have no plans to offer contract terms that our members would accept.”

The cooling off period that began last month ends at 12:00 AM EDT on Monday, July 18, 2022. Under the Railway Labor Act, following the 30-day cooling off period, the parties will each be free to engage in self-help (e.g., a lockout by the rail carriers, or a strike by rail employees) unless a Presidential Emergency Board (PEB) is appointed between now and midnight Sunday. 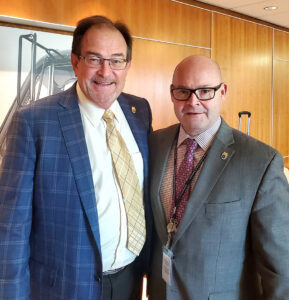 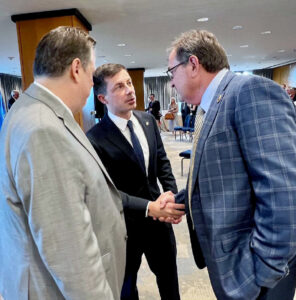 In Washington, President Pierce also attended a two-day meeting of the International Brotherhood of Teamsters General Executive Board in his role as Teamsters Rail Conference President and briefed the union’s leadership on the status of negotiations and likely next steps. At the conclusion of the meetings, President Pierce reported, “Rail Conference Teamsters in the BLET and BMWED can rest assured they have the full support and backing of IBT General President Sean O’Brien and the General Executive Board in our fight for a fair contract.”

On Wednesday, President Pierce and BLET Vice President and National Legislative Representative Vince Verna also met with Secretary of Transportation Pete Buttigieg to discuss the importance of reaching a fair and equitable contract settlement with the rail carriers.

“Our solidarity is more important now than ever before,” said Pierce. “The rail carriers and their propogandists are working overtime trying to pin their failures on their employees and their unions.  Don’t buy into it. Whether it’s the failure to provide service to their customers, or their failure to negotiate a contract that their employees would accept, no one is to blame for this mess but the rail carriers.”